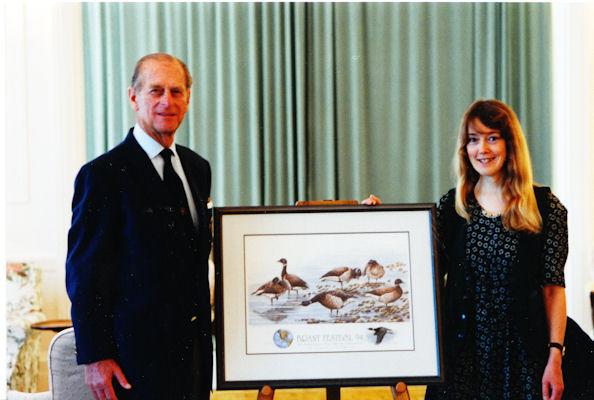 Being British, and feeling a connection to the country where she spent her childhood, Morgan Warren contacted HRH Prince Philip's representative, and offered a special painting in appreciation of his long support of habitat conservation as her gift.

In spring, 1994, she received a telephone call from Buckingham Palace informing her that she had been commanded to appear at Government House and present her work to him personally.

Prince Philip was the founding patron of the Brant Festival, a habitat conservation event which takes place on Vancouver Island, British Columbia, each year. It was a print of the Brant Geese, complete with two original colour remarques, which Morgan presented to His Royal Highness in a private audience, when he came to Victoria, B.C. Canada in August, 1994.